In 2009 I photographed a fire at the Royal Pier Hotel. A small plume of smoke rising into the early morning sky. After the Icelandic volcano (Eyjafjallajökull) eruption in May 2010 which grounded flights across Europe, I watched the sun setting on the Dorville Hotel. It was an intense orange burning like a mythical fire. In September of the same year I photographed the Royal Pier Hotel for a second time, as it blazed and subsequently collapsed, and in 2012 I received an email from a Dutch collector who bought one of my photographs, informing me,

‘I had a fire in my house and lost nearly everything, your photo is one of the few items that survived.’

These events have informed my ongoing work around the representation of buildings at the ends of their lives and the making of new futures, as played out in the seaside town of Weston-super-Mare. 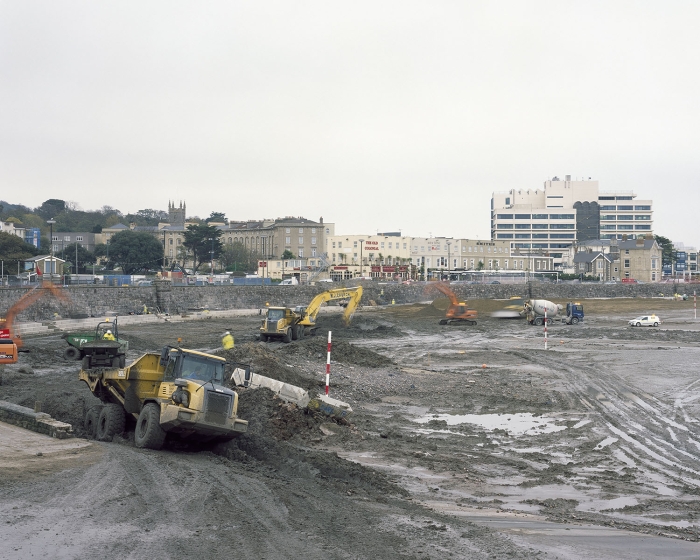