Formerly a large family home built in the 1850s, it was converted to a hotel 80 years later. In 1952 it was enlarged and extensively remodelled, with extensions to each side, the addition of two floors above and balconies which ran the length of the building. There was also an additional staircase added to the rear, presumably to comply with fire regulations. It closed in 2002. After several arson attacks, it was sold to a developer, who removed the balconies and iconic signage, and converted it to ‘luxury’ apartments in 2015. I had been photographing and making work about the hotel for nearly ten years.

The cardboard model photograph below, mixes studio flash with daylight, and was photographed through a fine layer of smoke. 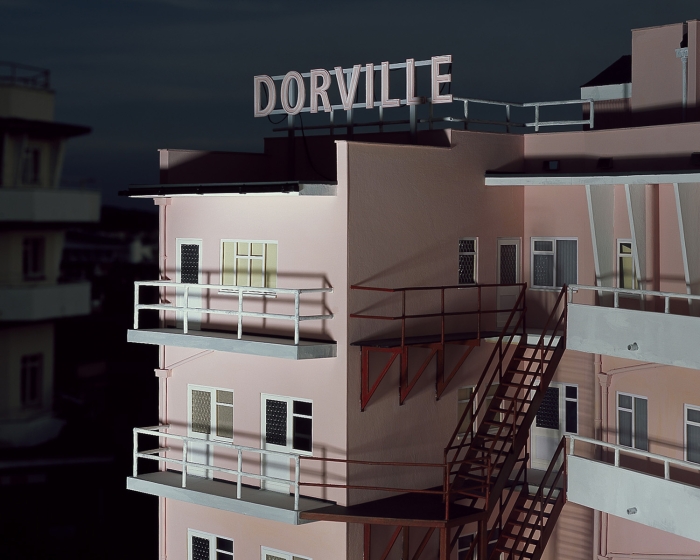